32 Flavors and Then Some 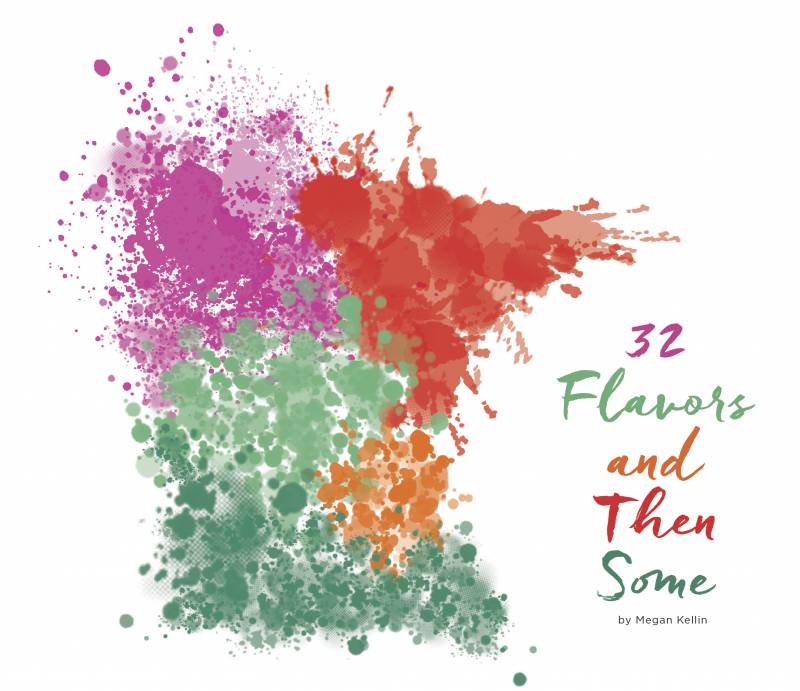 Full of history and culture, there's always something new to learn about Minnesota. In this issue we call out the number 32, for the sheer fun fact that Minnesota is the 32nd state in Union. Sure, it might be common sense that the state's motto is "L'Etoile du Nord," which means "Star of the North" in French. Or that one of our nicknames is "Land of 10,000 Lakes," but we really have many more (over 15k in fact). We all hail the shore of the world's largest freshwater lake, Lake Superior, and we name just about everything after the world's third-largest river, the Mississippi... because this is where it begins. So many crazy facts that just about no one's ever really pondered, but they all make perfect sense and we betcha they'll all astound you.

According to blogger Jo Magliocco of North Guide Co., The Mall of America in Bloomington is big enough to hold 32 Boeing 747 airplanes. Who knew!? Also, Minnesota has one recreational boat per every six people; that's 909,528 boats - more than the population of South Dakota and North Dakota. Considering there are 69,200 miles of rivers and streams in Minnesota, enough to circle the equator 2 3/4 times, this only makes sense. Oh, you want to talk shoreline: 90,000 miles, which is greater than the shorelines of California, Florida, and Hawaii combined. But it doesn't stop there. Minnesota has over three times more white-tailed deer than college students, and we have A LOT of college students. Also, Minnesota harvests 18,900,000 lbs of fish per year; that's enough to fill the beds of 10,384 Ford F-150 Pickups.

SO. MANY. TRUCKS. But sure, that makes sense because MN produces an average 1.18 billion bushels of corn, the weight of over 90 Empire State Buildings, in a given year.  Finally, let's talk beer. Minnesota's craft breweries sell enough beer annually to pay for the entire state to stream Netflix for over two years! With the recent events, that's a lot of beer.

Yes, we have fun and this issue is full of it. From 32 beloved home hockey rinks to 32 stand-out breweries. From the Northwest Angle to legislature and business. People who have defined character, curbed the stigma, bent the rules, built the good, and heck, made life a little bit (OK, a lot) better for all of us who live or love it here. Oh yeah, ya betcha.

To read the rest of this Issue of 32 and more great content in Lake Time Magazine, you can purchase or subscribe online HERE and support this independent publication. By becoming a member you would receive the latest issues PLUS great Lake and Company Shop perks!